Skip to content
Uncharted Waters with Peter Miller focuses on fishing and adventure exploring the best fishing destinations all over world! Bringing you along for the journey, Peter Miller takes a dive into the local flair that makes each destination so colorful. 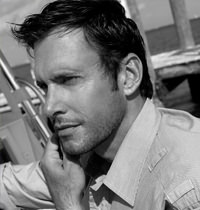 Peter Miller is an Emmy Nominated television host, producer, spokesperson, philanthropist, professional angler and 3 Time World Sailfish Champion. He is most well known for his hit show, Bass 2 Billfish with Peter Miller on NBC Sports, now in its 9th season.

An expert fisherman by trade, his lifelong passion for the ocean has garnered him multiple awards and sponsorship deals with leading outdoor and lifestyle brands, as well as the opportunity to appear alongside celebrities such as: LeBron James, Arnold Schwarzenegger, Ice Cube, Christian Slater, Kevin Hart, Usain Bolt and Patrick Dempsey.

Most importantly, Miller is an outspoken wildlife and environmental conservationist, working with the Everglades Foundation, The Florida Fish and Wildlife Conservation Commission and Captains for Clean Water. Through his efforts, these organizations have been able to raise multiple millions of dollars for conservation. Furthermore, Miller has collaborated with National philanthropic organizations, including: After School All Stars, Heroes on the Water, 22 Kill, The National Down Syndrome Society and Make-A-Wish Foundation. Peter has granted 6 wishes thus far.

More than a mere fisherman, Miller is a man for all seasons, an unparalleled brand ambassador and a genuine family man. Originally from New York, he currently resides in Coral Gables, Florida and enjoys spending time with his two children, classic cars, djembe drumming and paddle boarding.